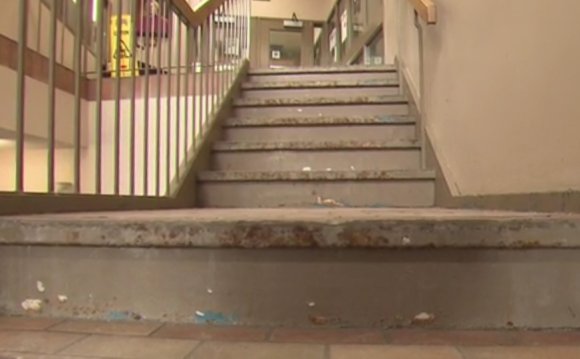 First, just a little perspective around the fundraiser problem. On the per-student basis, the space between your greatest and cheapest fundraiser schools is all about $600. Although this may appear just like a lot, keep in mind that Ontario presently stays about $11, 500 per student. As well as keep in mind that in Toronto, we allocate more money to the neediest students with the Model Schools program. So taken together, the space isn't as large because it initially seems. And it definitely is not as huge as public schools in other areas. For instance, in Illinois, the funding gap between schools in affluent and poor areas has ended $2, 600 per student.

But aside from the funding problem, you will find many signs that the two-tiered public education system already is available within our city. Certainly, the general public appears to consider so. It's quite common practice for a lot of parents to buy houses in a few communities, usually affluent ones, to ensure that their kids can attend the “good” schools situated for the reason that area. So that as reported within the Star in 2013, a number of other parents, possibly individuals that can't afford to reside in these areas, are extremely desperate to have their children in to these “good” schools that they're prepared to lie and cheat. When we were built with a truly equitable public education system, this could not occur.

The primary driver of the issue is segregation. Doug Willms, a professor in the College of recent Brunswick, as well as an expert about this subject, has recognized two kinds of school segregation. The very first is “horizontal segregation, ” the degree that students from various socio-economic skills are distributed unequally among schools. The second reason is “vertical segregation, ” the degree that students are streamed into particular schools and programs. Both types have a tendency to lower student achievement.

In Toronto, we've high levels of every. Because we pressure students to go to schools close to their current address, we effectively cluster students from high earnings and occasional earnings families into separate schools. This increase the severity of problems connected with poverty and makes achievement gaps harder to beat. We stream students into different groups of senior high school. Usually this leads to students from affluent families attending academically focused schools, while students from poor families finish in vocational ones.

Thus while students from affluent families receive overflowing learning encounters rich in anticipation, students from low earnings families get the complete opposite. This can produce a culture of low morale and occasional anticipation among both staff and students. Upon going for a job at one of these simple vocational schools situated inside a low earnings area, a friend of mine was quickly relayed through a lengthy-time teacher in the school, “All we all do here's keep these kids from the street.” Clearly our neediest students deserve better.

What exactly are we able to do? One factor would be to open school limitations. Although this might provoke protests from some parents, especially individuals in affluent communities, the end result could be schools with increased diverse student populations. Also it is needed to mitigate a few of the problems connected with school fundraiser. Second, we ought to stop streaming students into different schools. Rather than being funneled right into a rigid academic hierarchy, a lot of students should have the ability to attend high schools having a comprehensive group of programs that address various kinds of interests and aspirations.

So as the fundraiser gap is really an problem, our attention and energy are the best spent addressing the real inequities within our public schools. The commitment of public education is to supply a high-quality chance to learn for those students, no matter their current address or how much cash their parents make. There exists a much more try to do before we are able to start to deliver with that promise.

Sachin Maharaj is really a PhD student in educational policy in the Ontario Institute for Studies in Education, College of Toronto, along with a teacher within the Toronto District School Board.