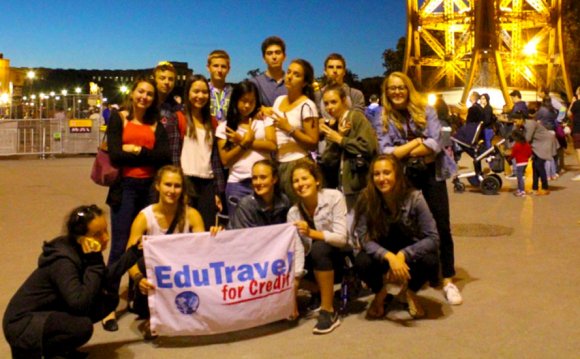 It might be art class, but Edward Zhuang’s mind is hidden inside a teen novel known as The Absolutely True Diary of the Part-time Indian.

“We’re reading through it with this class sturdy a local kid who decides to change to some whitened school — it’s pretty interesting, ” stated the Grade 9 student at Toronto’s Victoria Park Collegiate.

Within this unusual new art course being folded in 45 Toronto high schools, instructors mix the strategy of art with First Nations studies — from treaties and residential schools to hot new aboriginal DJs — in an effort to begin to build an indigenous understanding into every child’s education.

“It flows from the proactive approach in the Truth and Reconciliation Commission, that students get an awareness from the results of residential schools and treaties and aboriginal privileges — because what we should have discovered isn't a true representation of the items happened, ” states Barb Felschow, the board’s central co-ordinating principal from the Aboriginal Education Center.

Within teacher Amy Gottlieb’s class, students make clay figures of endangered creatures to mirror First Nations’ relationship with character — Edward designed a polar bear. They visited nearby Brookbanks Park, where Gottlieb had them stand alone for 3 lengthy minutes to try and visualize the wintertime predators who undergone here 5Thousand years back. Students labored with aboriginal artists, poets, quill-employees and ballroom dancers in the Memorial of Ontario, and browse a poignant graphic novel known as Sugar Falls, in regards to a girl who would go to residential school.

“We’re not only finding out how to shade in colours when we’re drawing we’ve discovered how First Nations were treated — also it was poorly, ” stated student Celina Mohamad.

She’s certainly one of a couple of, 000 Grade 9 students over the TDSB signed up for the pilot project course known as Expressions of First Nations, Métis and Inuit Cultures. If board superintendent John Chasty has his way, it will likely be offered in each and every senior high school within the a long time, together with Grade 9 dance, drama and music credits with similar First Nations focus.

“Now the Truth and Reconciliation report originates out, this is actually the beginning point, to ensure that eventually each and every kid can graduate having a understanding of treaties and residential schools, ” he stated.

But discussions go much deeper than simply residential schools, stated Gottlieb. “We take a look at what brought for them the forced assimilation from the Indian Act, that was meant to remove their dignity and sovereignty.

“These are teens. They are aware of the need for sovereignty!”

The Secretary of state for Education provides extra funding for aboriginal studies, that has permitted the TDSB to cover extensive teacher training. This past year some 2Thousand instructors spent each day in the board’s Aboriginal Education Center researching treaties and land privileges. This season the board wishes to take instructors to go to the Mohawk Institute, situated inside a former residential school in Brantford.

Board staff are writing lesson plans, because the ministry updates the very first Nations curriculum.