Toronto Board of Education Jobs 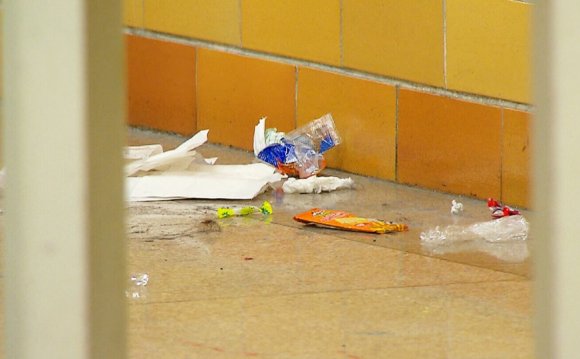 The Toronto District School Board passed next year’s budget on Wednesday, cutting greater than 250 jobs, including about 50 special education jobs that grew to become a adhering point for trustees throughout an hour or so-lengthy soul-searching debate.

The board initially chosen lower the suggested staff cuts, with trustees saying these were frustrated within the special education dilemma. The whole $3-billion operating budget later passed after trustees chosen in order to save 10 from the jobs for the reason that program.

The entire introduction to the roughly 260 job cuts wasn’t available Wednesday evening, however the board stated they'd be accomplished with attrition, not lay offs.

Special education in Toronto faces a funding squeeze within the next couple of years. It already costs $25-million greater than the board receives for this, and also the Ontario Education Ministry has guaranteed to chop the TDSB’s devoted special education grant for four consecutive years.

Trustees stated Wednesday these were frustrated using the province’s silence about how it computes the funding for the reason that area. Trustee Chris Tonks requested fellow trustees to carry on the “measured degree of defiance that people appear to keep for this table” and special education staffing where it's, in spite of the province’s choices.

The Training Ministry came to the conclusion this past year the Toronto schools have been getting good than their share in comparison with a few other areas of Ontario. The reorganization means some boards’ special education grants or loans will rise.

This past year, the very first from the 4 years, the province cut $7.3-million in the TDSB’s special education grant. However, the ministry hasn’t told the board what amounts to anticipate for the following 3 years, also it hasn’t described its math beyond saying it's using up-to-date enrolment amounts.

The TDSB staffing plan which was up for debate Wednesday, a part of next year’s budget, was built around an expected $5-million special education cut and initially suggested cutting 61 special education jobs. Trustees initially chosen lower the program after nearly an hour or so of dialogue. Later, after rebuilding 10 of individuals jobs, they corrected that call.

The $5-million will stay a guess until Queen’s Park announces its budget amounts, but TDSB director Donna Quan told trustees that they think it is a great estimate according to conversations using the ministry. Last year’s cut was the “high water mark, ” she stated.

Special education includes programs for kids with autism and learning disabilities, together with “gifted” programs.

Overall, the interest in individuals programs has risen greatly recently. The ministry’s annual grant towards the TDSB went up greater than 36 percent since 2002-2003, to $334.5-million in the present year, based on the ministry.

The ministry didn't react to an issue concerning the information or demographic data that entered the 4-year reorganization.

The province has stated the general funding for special education will remain stable. However, many trustees thought about its intentions, saying they feel the ministry is inclined to wish to combine special-needs students into regular classes.

“It is my fervent thought that the province is applying this as a means of reducing the price of education, and to achieve that being worn by small children is, as everybody within this room feels, completely unacceptable, ” stated trustee Sheila Cary-Meagher.

Others stated they need more transparency round the amounts.

“They really are not directly on this problem, ” stated Mr. Tonks. “Even when we would remain established order, you’re not going to convince me we have enough support.Inches

Executive superintendent Uton Robinson, responsible for special education, cautioned trustees to not believe “rumours” concerning the province’s intentions and stated the board is maintaining its teacher-to-student ratios in special teaching programs.

Paul Gallucci, The Toronto Board of Trade

Dr. Sara Diamond at the Toronto Region Board of Trade - 2015